I’ve studied over a century of brutality at this prison farm in Sunflower County. I’ve realized that the only way this place will be made constitutional is to shut it down and start over. The reforms began by the federal courts in the 1970s are a memory of the past, as the state of Mississippi continues to neglect its prisons.

[The] Prison has always been violent,” he said. “It’s like walking into a zone with a bunch of time bombs waiting to explode. . . . If you’re being treated like you’re nothing, like you’re a dog, an animal, and you’re not getting the right amount of food, water, you don’t have no way to use the restroom, the frustration constantly builds.

Thanks, Liliana Segura, “People Keep Dying in Mississippi Prisons but the Governor Wants to Move On.” 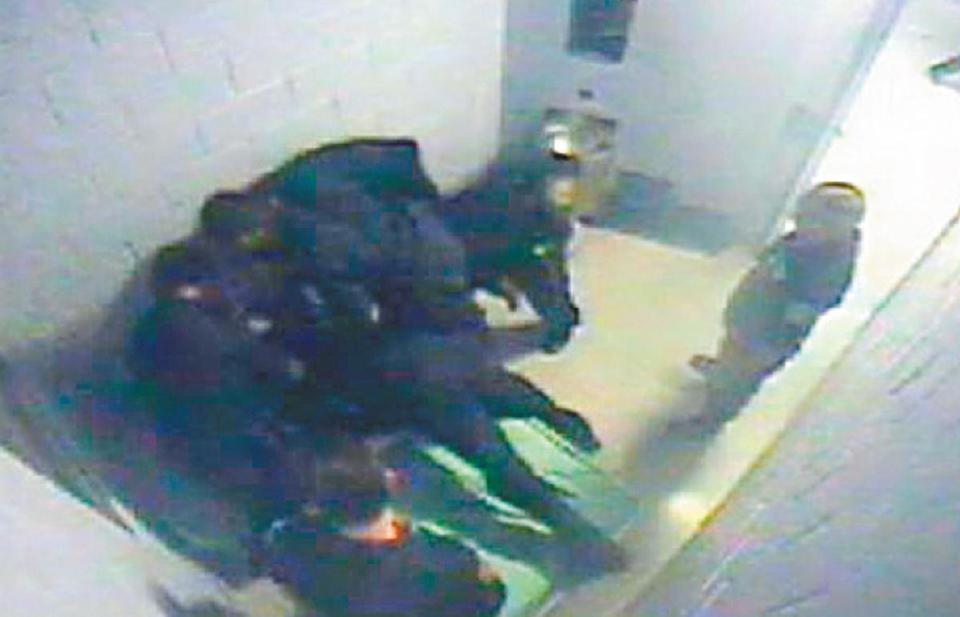 May 4th, 2009. 9:19pm: Guards pushed down on Messier’s back, pressing his chest toward his knees, “suitcasing” him, a dangerous tactic banned in prisons. Image courtesy of Boston Globe.

The title of this post makes it sound like I’ll be making a habit of recording these stories of abuse. I will not — there are too many.

The title of this post is also the slightest of variations on the title of a post I published yesterday. Again, I want to reiterate that episodes of abuse (particularly behind closed prison gates) are not irregular. I simply don’t have the time to catalogue them all.

This week, two particularly glaring cases of state violence inside prisons were reported. The first is a return to a 2009 murder by Massachusetts prison guards. The second, a prison doctor in California sterilising female prisoners without consent.

GUARDS RESTRAIN PRISONER, STAND NEXT TO HIM…