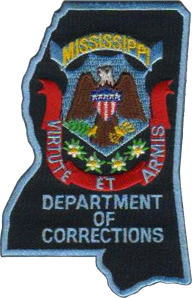 A major portion of my PhD dissertation research involved the federal court reform of Parchman Prison Farm in Mississippi during the 1970s. I present the judicial history of Judge William Keady’s historic leadership role in the transformation of Mississippi’s prison farm toward constitutionality. The legislature provided the major roadblock.  Up until that time, state legislators did not have to provide funds for the prison, since the prison not only provided money for its own operation but also provided profits. Legislators in Mississippi did not want to take tax money from law-abiding citizens to run a constitutional prison. Ultimately, the work of Judge Keady and his court’s oversight created a constitutional prison farm (even though Parchman had to remain under federal court supervision for decades).

Fast forward to 2013. State officials merely built more prisons to deal with the overflow of their farms. Governments slowly moved these prisons, especially in states like Mississippi and Louisiana, to the private sector, helping create the prison industrial complex we have today. This was not a move in the name of humanity, however. For governments simply wanted a way to continue building more beds for prisoners and not revisit their crude and outdated sentencing laws. They could continue winning elections in red states by being “tough on crime.”

Looks like these private corporations running the prisons are having their own issues with the constitution. According to the Clarion-Ledger, a federal law suit from the ACLU and the Southern Poverty Law Center claims that inmates at the East Mississippi Correctional Facility, near Meridian, MS, are experiencing “barbaric” conditions, where prison officials are not allowing the prisoners access to health and mental facilities. For an closer look at the prison, take a look at this blog written by someone with a loved one in EMCF. Interestingly, to settle a law suit, the ACLU agreed with prison officials moving mentally handicapped prisoners to EMCF in 2000 from the infamous Unit 32 of Parchman Farm.

The ACLU blog features a post of a letter written by an inmate at the EMCF who claims to have been raped in the prison. It’s a brutal, but all to common, read. Inmates held him hostage for several hours in his cell by knifepoint.

I was raped from 11:30pm @nite until 3:30am in the morning by one other prisoner. As he raped me continuously all I could do was cry because one false move and I knew this guy would take my life. After being a victim of rape by another male I am suffering still from anxiety, depression and stress issues because of this attack.

The inmate then writes about his reasons for being in jail, blaming himself at times for what happened.

I was hurt very badly and sometimes I feel like it’s my fault but at the end of the day I know it wasn’t.

We all know where the blame should be focused. While not being named a defendant in the suit, Management and Training Corporation of Centerville, Utah run the prison. MTC, according to their website, is the world’s third largest private operator of prisons. It remains to be seen how the MTC will be brought into this case. I will certainly be keeping up with the litigation, so stay tuned for more updates.